Works by great Italian masters such as Raphael, Michelangelo, Carracci, Barocci, Canaletto, Tiepolo and Piranesi are now being exhibited at the Rijksmuseum in a display of drawings from the museum’s Print Room collection. The most exceptional drawing is perhaps one by Raphael that dates from 1519-20. In 2020 it will be 500 years since the death of this master of the Italian Renaissance. 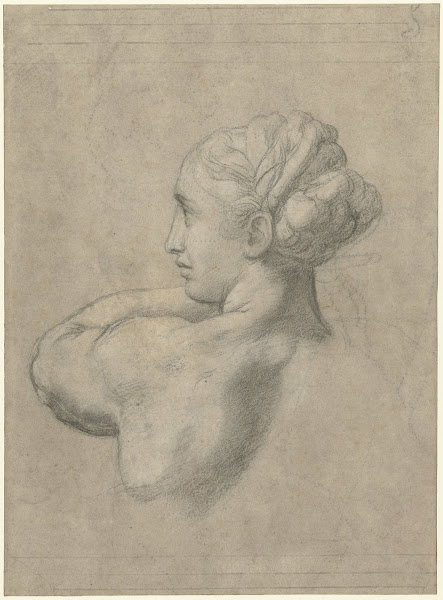 The Raphael drawing, with its use of just a few lines to depict of the figure and the fine hatch-work shadow effects, testifies to the artist’s great talent. It is a study for one of the prominent figures in his last and most famous painting The Transfiguration, which hangs in the Vatican Museums. The painting was almost complete when Rafael died suddenly. His body was laid out in his studio beneath the painting.

Also included in this display is a Michelangelo Buonarroti design for an equestrian statue of Henry II of France. The artist focused in this drawing on the monumental pedestal for the statue, which Catherine de' Medici commissioned in 1559 to honour her deceased husband. Michelangelo died before making the statue.

Drawings by Raphael’s students Perino del Vaga and Giulio Romano, and by Piranesi and Canaletto are also on display in the five print cabinets.

It is thanks in large part to I.Q van Regteren Altena that these 16th- to 18th-century drawings are part of the Print Room collection. They were acquired during his directorship of the Print Room and through gifts and purchases from his private collection. This is also essentially the first time that the Italian neo-classicist drawings acquired with the support of Mr and Mrs Van Hulsen-0gnibeni will be exhibited. Many of them are large preparatory works for paintings. Nowhere else in the Netherlands are Italian works from the c. 1790-1825 period represented.

Stay up to date